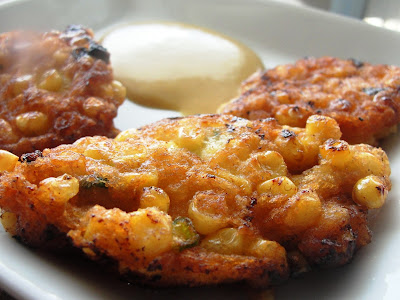 It's been a long time since I've been able to get into the kitchen and do cooking of any kind. And by that, I mean I've just been too lazy and unmotivated to do cooking of any kind between classes and work. But there comes a time in all of our lives when we realize that we just cannot cope with takeout food of any kind one more time without suffering the consequences. I had been intending to make ice cream over the weekend but came across "A Reader's Cookbook" in the bargain bin at my local Jewel and spend the next 15 minutes reading through the recipe and zipping around the store to find the ingredients while simultaneously annoying the living daylights out of everyone else who was trying to complete their last minute panicked Easter dinner shopping as well.

Overall this was a fairly simple recipe to pull together. I substituted gluten free flour for this due to food sensitivities and omitted the cayenne pepper as well as the lemon juice(none in the house). I also halved the recipe and still ended up with plenty of fritters but kept the ratio of the sauce as was because there can never be too much maple mustard sauce in my opinion. Frying foods are never one of my favorite things but apart from a minor oil splatter that hit my hand I survived with my sanity and health intact. While I liked the overall recipe, I would probably make a few more changes to it in the future such as adding a bit more maple syrup (the quantity of mustard overpowered the syrup) and add more onion as well as salt to the fritters themselves. Grade B+.

Heat oil in large skillet over medium high heat. When oil is very hot, drop corn batter into oil by  heaping tablespoons. Fry, turning once, for about 5 minutes or until fritters are crisp and golden brown. Using a slotted spoon, remove fritters and place on paper towel to drain. Serve warm or at room temperature with honey mustard sauce.

Posted by Future Grown-Up at 8:48 AM No comments: